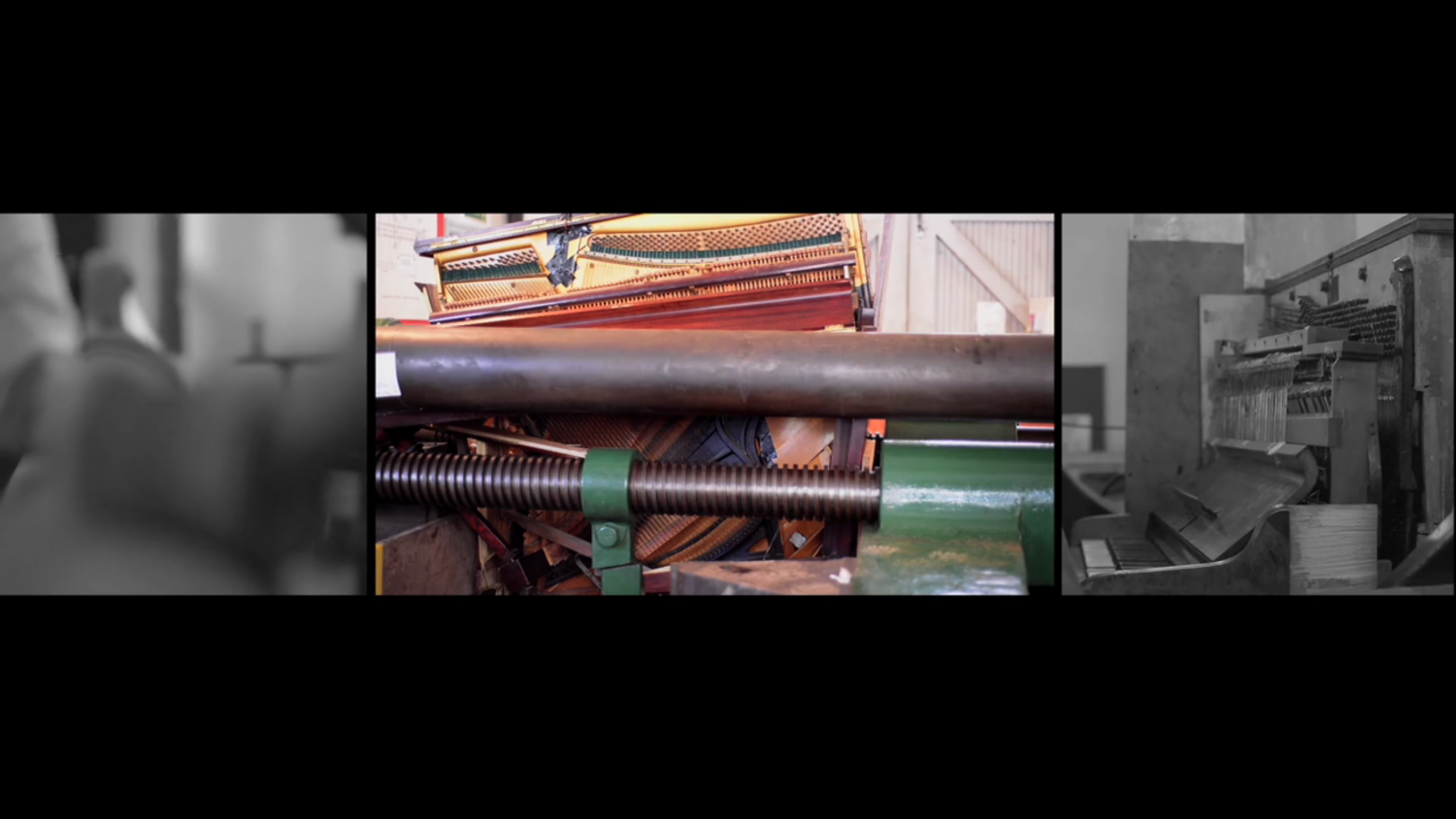 When it comes to musical instruments being destroyed in the name of creative expression, the piano seems to hold a special place. Annea Lockwood, Nam June Paik, Raphael Ortiz, Karl-Erik Welin, Francois-Rene Duchable, Joseph Beuys, to name but a few have all proceeded to burn, drown, suspend, hammer or degrade pianos. What is it about this particular instrument that attracts such violence towards it? In this essay, I aim to look at some of the varied reasons behind piano destruction, some of the key names and figures involved, and to investigate opinions from contemporary artists whose working practises include piano destruction pieces comparing them to those who hold the belief that no piano should be destroyed under any circumstance. Research has been gathered from personal experience, discussions with classical pianists, and with performance artists who choose to use the piano as the primary symbol of their destructive expression.

The piano was one of the major status symbols amongst the growing middle classes in the 19th century throughout Europe where it served a prominent role in homes. Its success as the most popular instrument in these homes was due to a its simple versatility. It could be played solo or duet, as an accompaniment to the voice or other instruments and it became a fashionable object within a short space of time. Another reason for its popularity according to Arthur Loesser in his extensive writing on the social history of the piano in his book titled Men, Women and Pianos (1954) was due to the role of women within middle class aspirational society. To quote from the chapter titled ‘The Claviers are Feminine’, Loesser states:

Who played these middle-class keyboards? Women mostly […] They were the ones who had the most time and the most opportunity. The instrument was a house furnishing […] Their leisure also allowed the most imaginative among them plenty of encouragement for the tender introspection for the emotional auto-intoxication of which home singing and clavier playing were convenient expressions’
[Loesser 1990:64]

An expected knowledge of reading, writing and religion, now included music, drawing and dancing. As material and cultural ambitions grew, the piano came to embody the positive ideals of personal productivity, family solidarity, feminine domesticity and moral progress. Its popularity grew and unsurprisingly so did the backlash to this new musical democracy. As the historian Jacques Barzun put it in the preface of Loesser’s book ‘the piano has become an institution even more characteristic than the bath-tub’. Walter Benjamin referred to the piano as ‘a piece of furniture that functions in the petit-bourgeois interior as the true dynamic of all the dominant miseries and catastrophes of the household’ [Benjamin 1986:28] At the turn of the 20th century, the piano faced threats from other sources of entertainment such as the movies and the phonograph by which time its domestic role had altered. Many owners could now not play them and as a result, a mechanical device called a Piano-Player was invented which sat in front of normal pianos and played them by means of a series of felt-covered fingers. Within a few years, the mechanism of these ‘push-ups’, as they became known, was directly built in to normal pianos. These modified pianos were generically known as Player-Pianos [Grew: 1925] although shrewd marketing tactics by one particular manufacturer, the Aeolian Company, gave them the title of the Pianola by which they came to be known by the general public. Player-Pianos were foot-operated and controlled by means of suction power with a perforated music roll controlling the pitch. There were no changes of tempo or phrasing and only volume could be controlled by a small lever hence the development of Reproducing Pianos a few years later which were able to reproduce pedalling and dynamics. In effect, complete pieces of music could be reproduced and as a result nearly every major pianist of the early 20th century made rolls for these pianos.
Each of these aspects of cultural transformation represented, over time, both a threat and a stimulus to the regular piano-making industry [1]. Due to these cultural and economical shifts in society, the piano’s stature as an eminent symbol of aspiration had shifted.