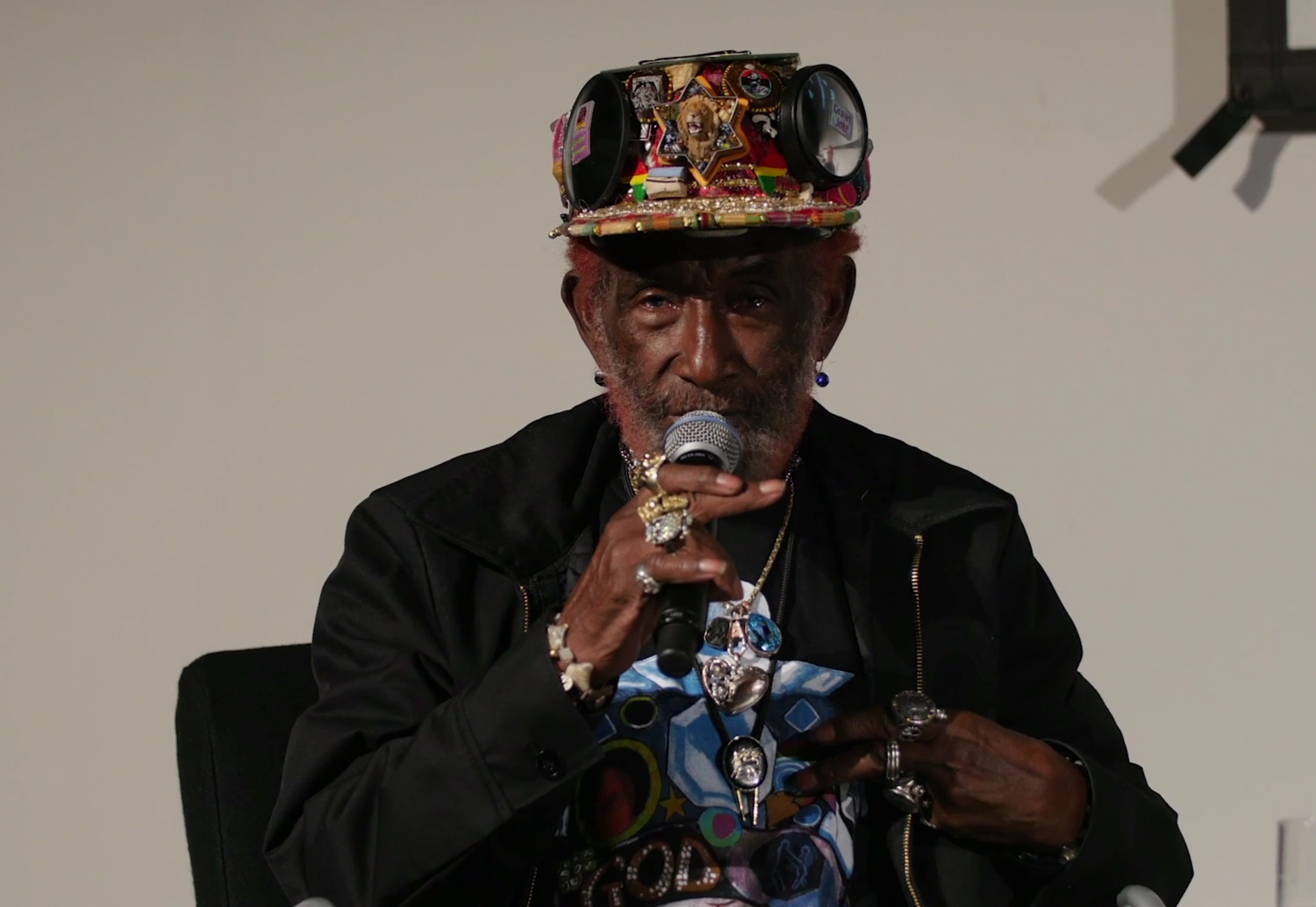 Lee Perry is a legendary musician and producer, and is widely regarded as one of the godfathers of reggae and dub. On Sunday, 9 October at 4pm, he’ll take the stage for the keynote presentation of Frieze Talks.

Perry has been making music, collaborating and touring in a career that spans over 60 years. As a young artist he was a mentor to Bob Marley, and collaborated with The Clash and Paul McCartney, among others. In the 1970s he built ‘The Black Ark’, a recording studio in his backyard, which attracted diverse artists from around the world. The innovative sound he created with his band The Upsetters has made Perry a world-renowned figure. At the age of 80, he is still touring, living in Zurich, and is the subject of a 2015 documentary entitled The Upsetter: The Life and Music of Lee Scratch Perry.

Perry will be joined on stage by Adrian Sherwood, an English record producer best known for his work with dub music as well as for remixing a number of popular acts. In a career spanning over 30 years, music producer Adrian Sherwood has worked with artists as diverse as Perry, Primal Scream, Depeche Mode, Asian Dub Foundation, Little Axe and Sinéad O’Connor. He is also the founding father of legendary dub label On-U Sound.