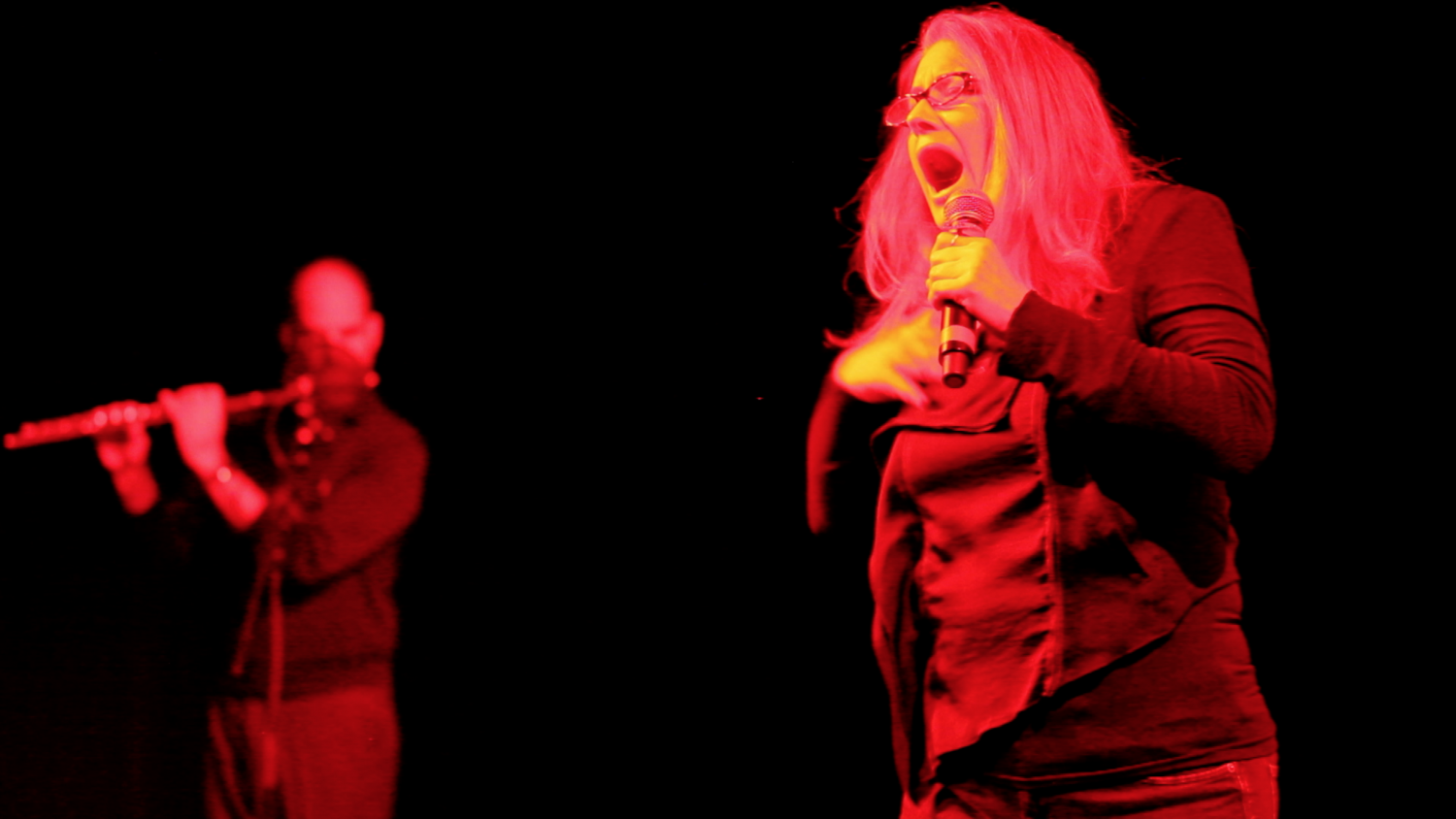 The work was written at a time when medical treatment was ineffective and when Karen Finley was losing her friends to the disease on a continual basis. Some pieces are excerpted from her earlier shows of the era; others are based on writing she did at the time that has never been published or performed. Interspersing the Finley pieces are musical selections originally written or performed by musicians who died of AIDS during this period, performed by jazz artist Paul Nebenzahl.

Born in Chicago international artist Karen Finley received an MFA from San Francisco Art Institute and is now a professor in Art and Public Policy at New York University and is author to 8 books. Her transgressive art crosses disciplines from performance, music, visual art, film, installation, social practice theatre, education and literature. Finley’s appearance in London at the ICA was censored in 1986.

Born in Chicago, Paul Nebenzahl is a performing musician in jazz, blues and classical performance on a variety of instruments including flute, harmonica and piano. He released his poetry collection, ‘Black Shroud With Rainbow Fringes’ in 2014. Nebenzahl has previously collaborated with Ms. Finley on works such as ‘Broken Negative’ and the Holocaust memorial ‘Open Heart’.

Filmed at the Barbican Pit in London, October 2015.