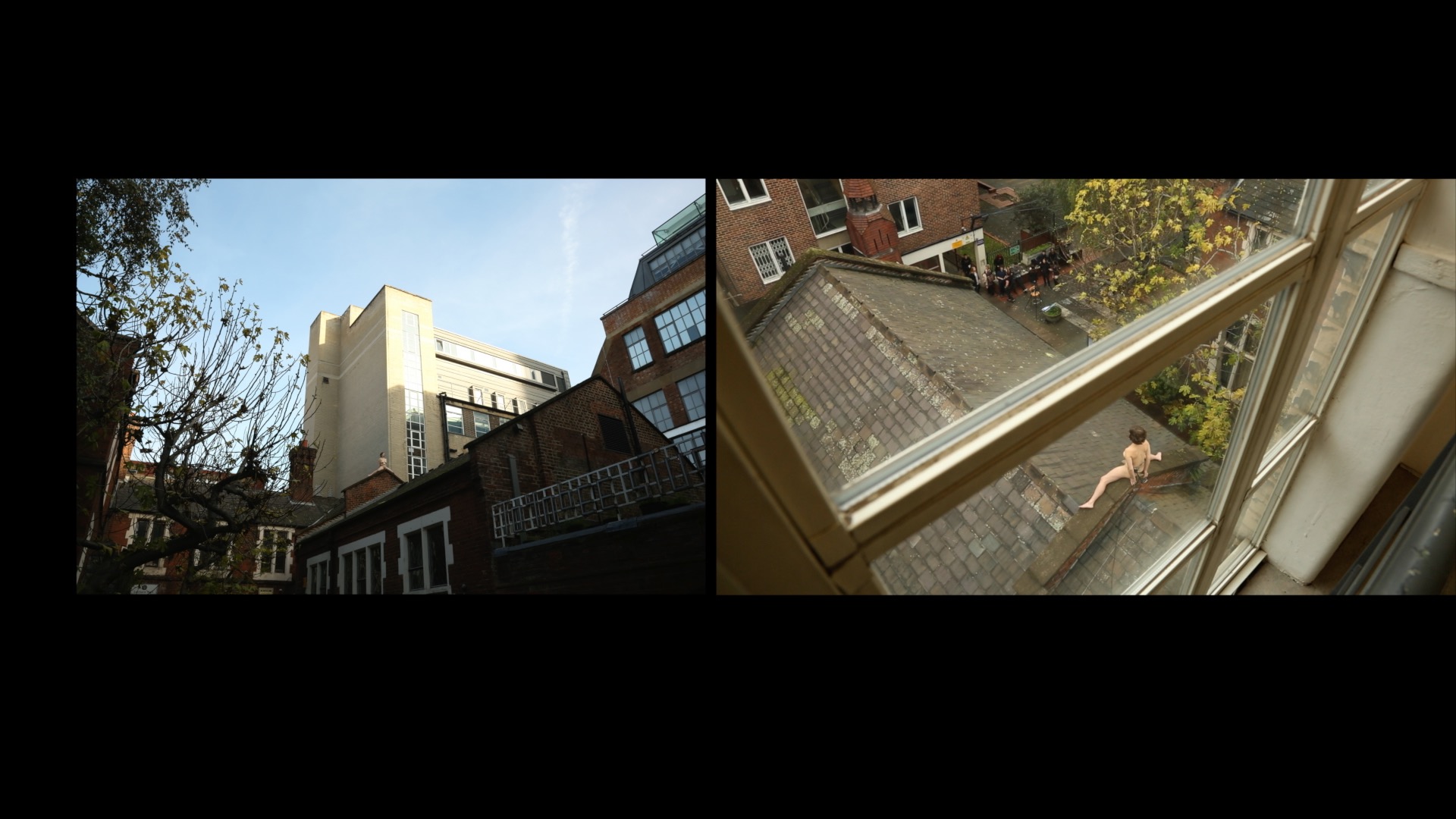 The piece investigates questions relating to temporality, the body in site, representation and gender through consideration of the use of the body in performance as an activist practice. The work interrogates the boundaries, access points and interaction between ‘interior’ and ‘exterior’ categories. Physical action dually presents the female body within a process of claiming space, whilst attempting to exist itself as deterritorialised space.

Poppy Jackson makes actionist work exploring the female body as an autonomous zone. Through painting, drawing, photography, video and live performance she aims to extend the western iconographic tradition. Poppy’s work has been supported by Arts Council England and the British Council and presented internationally. She curates performance events in the UK and USA. Poppy studied at Dartington College of Arts and at Goldsmiths, University of London and is an Associate Artist of ]performance s p a c e[.