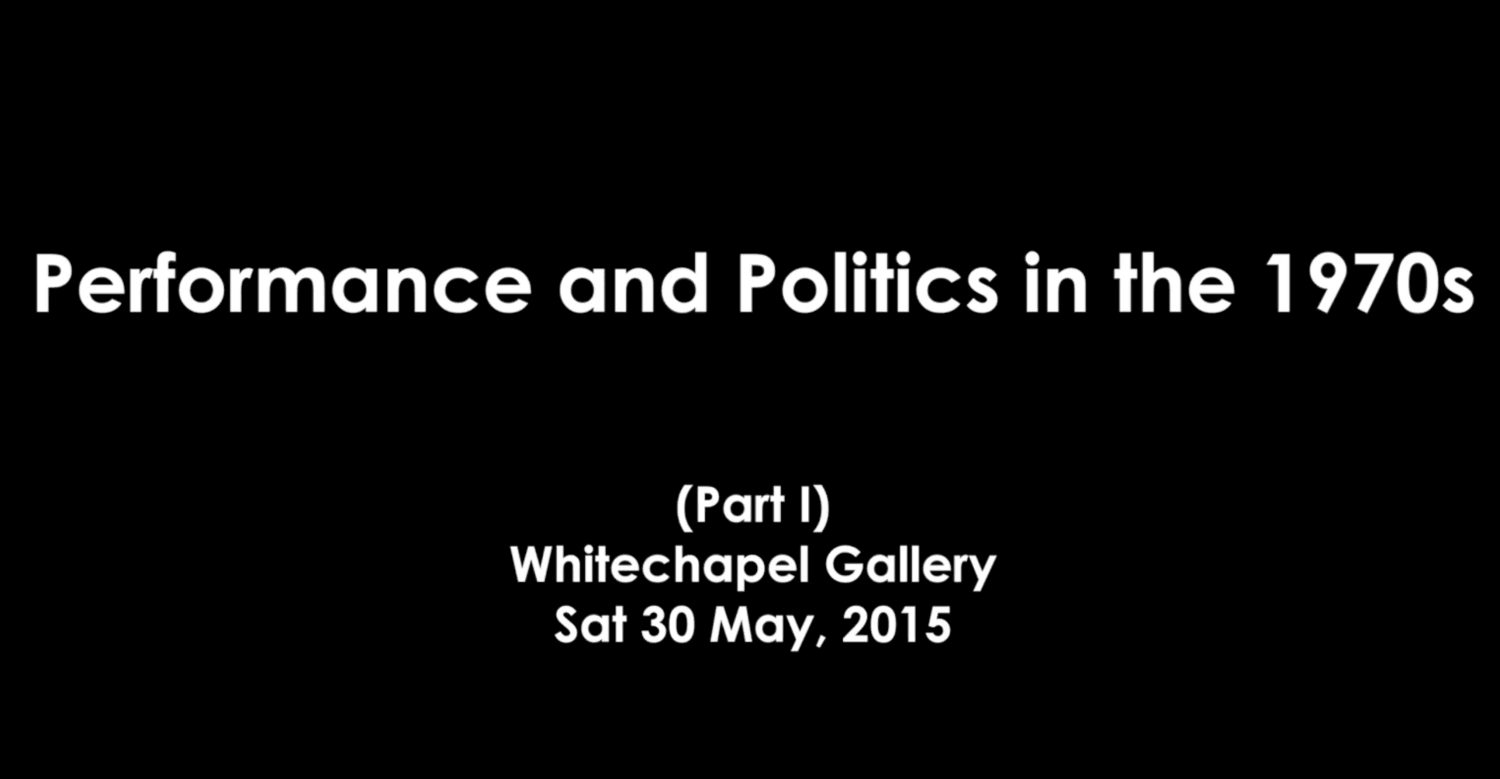 LADA Presents: Performance and Politics in the 1970s (part i)

LADA Presents: Performance and Politics in the 1970s (part i)

Part one includes:
– (00:00) Introduction by Dominic Johnson and Nick Rideout

– (52:39) ‘What Remains’, lecture by Carolyn Steedman (Professor of History, at University of Warwick), chaired by Nicholas Ridout (Professor of Theatre in the Department of Drama, Queen Mary).

NB: Click on times in brackets to go to that part of the video.

ABOUT THE EVENT
Performance and Politics in the 1970s is a day of screenings, conversations and presentations which explore, recover and communicate the history of performance art in London and the UK in the 1970s. Particular focus is given to the social and political environments in which experimental performance art emerged in the ‘70s. The event involves artists and arts organisations active at the time, as well as those making and facilitating work in the wake of these pioneers.

The day includes a screening of William Raban’s film 72-82 (a history of art and performance at Acme Gallery, London), followed by a panel discussion with William Raban (Professor of Film at London College of Communication), and special guests; a conversation with Hilary Westlake and David Gale (Lumiere & Son); lectures by Naseem Khan, Anne Bean, and Marcia Farquhar; with a keynote by the historian Carolyn Steedman (Emeritus Professor of History, University of Warwick).

More information can be found on the Whitechapel Gallery website: whitechapelgallery.org/events/performance-politics-2/

This event forms part of a larger series of research activities on performance and politics in the 1970s organised by Dr. Dominic Johnson and Professor Nicholas Ridout, including two month-long artist residencies at major arts organisations in East London, in collaboration with the Department of Drama at QMUL. Anne Bean is currently based in the Foyle Reading Room at Whitechapel Gallery, and Marcia Farquhar is currently based in the Archive at Acme Studios.