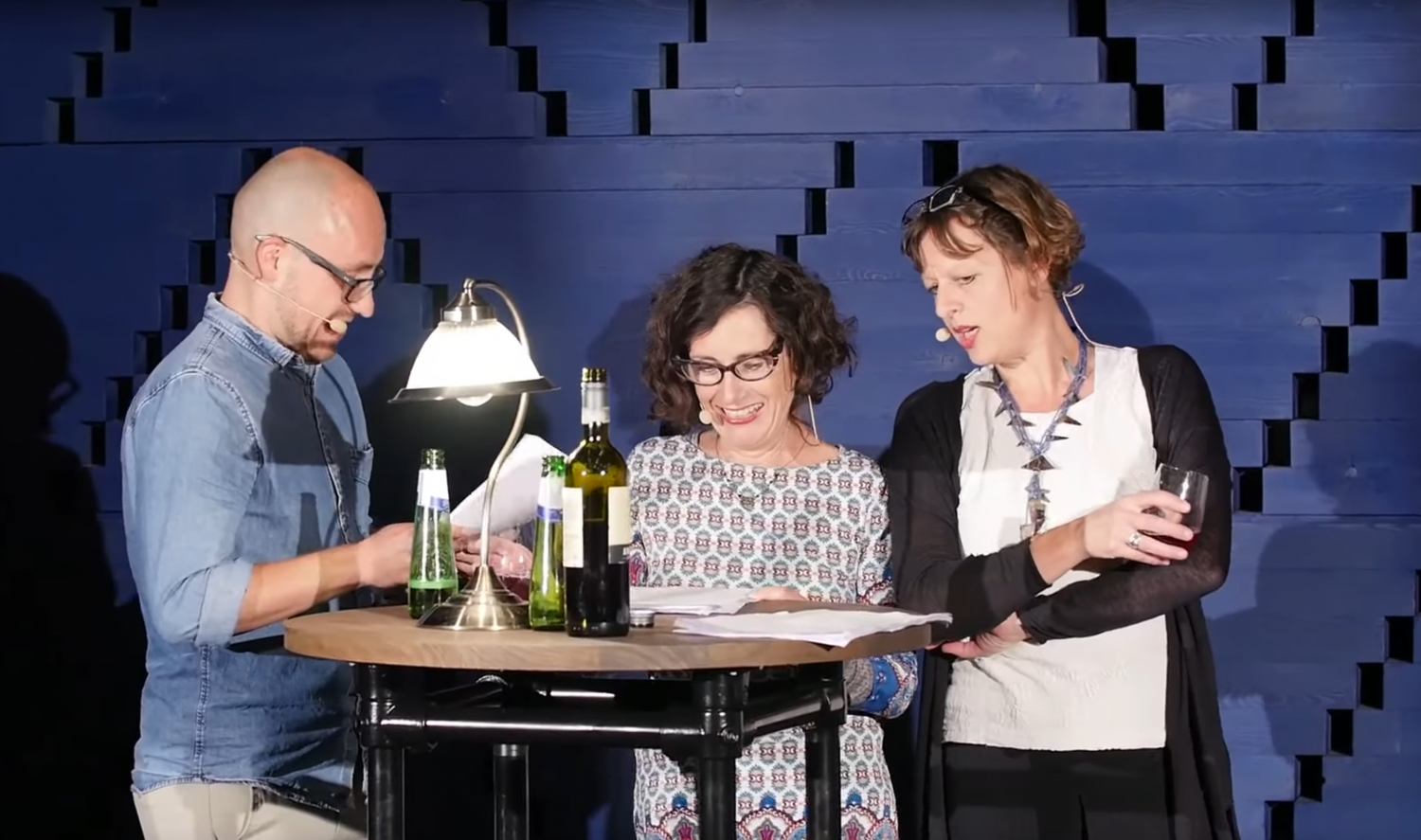 Joseph Grigely presented a play for three voices. Grigely, who is deaf, communicates with people who do not know sign language by asking them to write things down. These inscribed notes, collected over a period of ten years and edited into a new narrative, form the basis of Blueberry Surprise.

Joseph Grigely is an artist and writer living and working in Chicago. His exhibitions include two Whitney Biennials (2000, 2014) and solo exhibitions at the Douglas Hyde Gallery, Dublin; The Whitney Museum of American Art; and the MCA, Chicago. Grigely’s books include Conversation Pieces (1998), Blueberry Surprise (2006), Exhibition Prosthetics (2010) and Oceans of Love: The Uncontainable Gregory Battcock (2015), as well as essays on disability theory and body criticism.