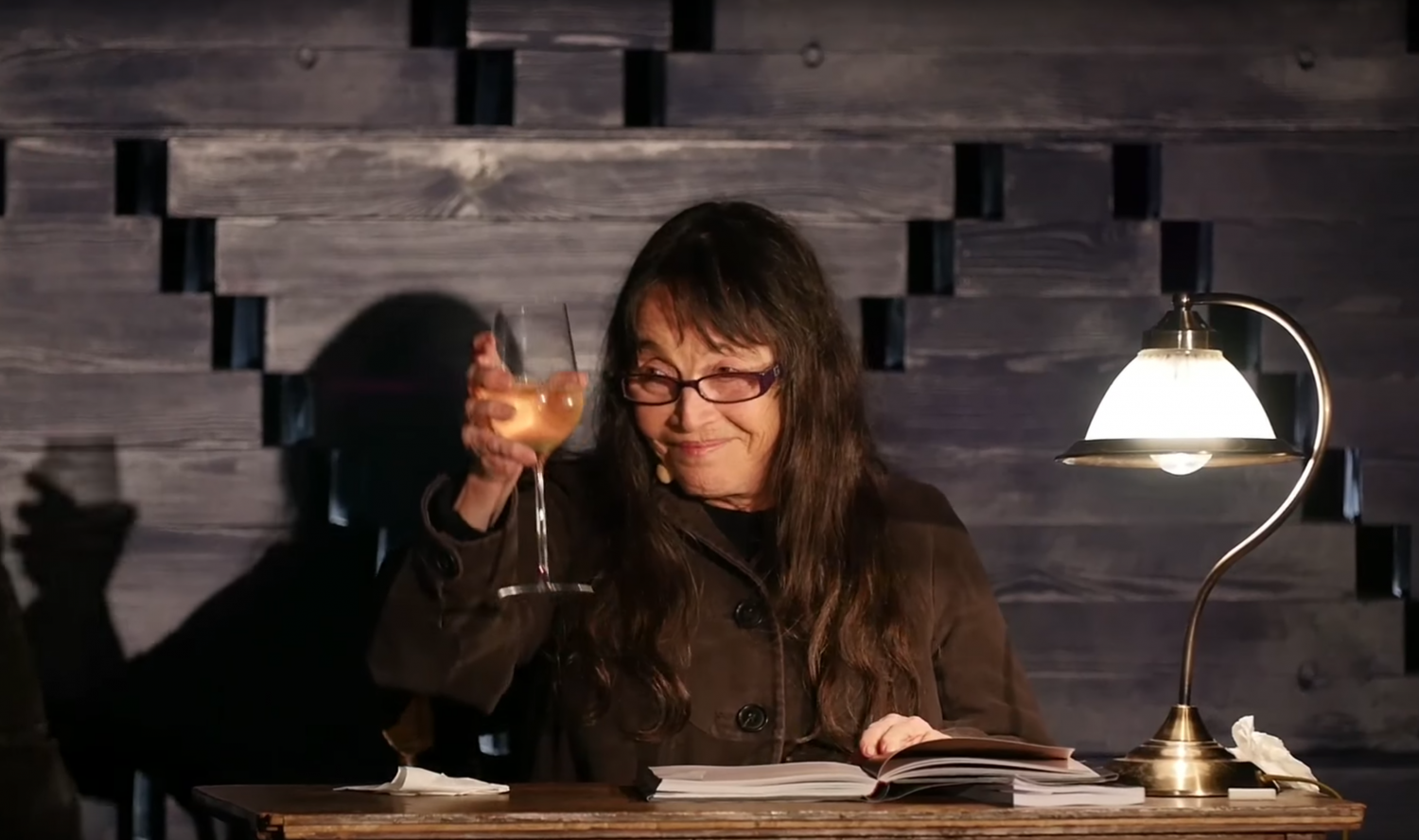 Eleanor Antin; Me, Myself and I

In Me, Myself and I, artist Eleanor Antin reads from three autobiographies; Conversations with Stalin, An Artist’s Life: Eleanora Antinova and Being Antinova, each authored by a different one of her selves.

Eleanor Antin works in photography, video, film, installation, performance, drawing, and writing and has had solo exhibitions at the Museum of Modern Art, the Whitney Museum of American Art and Los Angeles County Museum of Art, among others. As a performance artist she has appeared in venues around the world including the Venice Biennale and the Sydney Opera House. She has written, directed and produced narrative films, among them the cult feature, The Man Without a World (1991), and The Last Night of Rasputin (1989). She is the creator of the iconic photo postcard epic The Adventures of 100 BOOTS, the notorious conceptual sculpture CARVING, paper-doll film thriller The Nurse and the Hijackers, The King of Solana Beach, The Last Days of Pompeii amongst other works.

Eleanor is the author of several books, including Conversations with Stalin and An Artist’s Life by Eleanora Antinova. She received a Lifetime Achievement Award in 2006 from the Women’s Caucus of the College Art Association and an Honorary Doctorate from the Art Institute of Chicago. She is an emeritus Professor of Visual Arts at the University of California at San Diego.