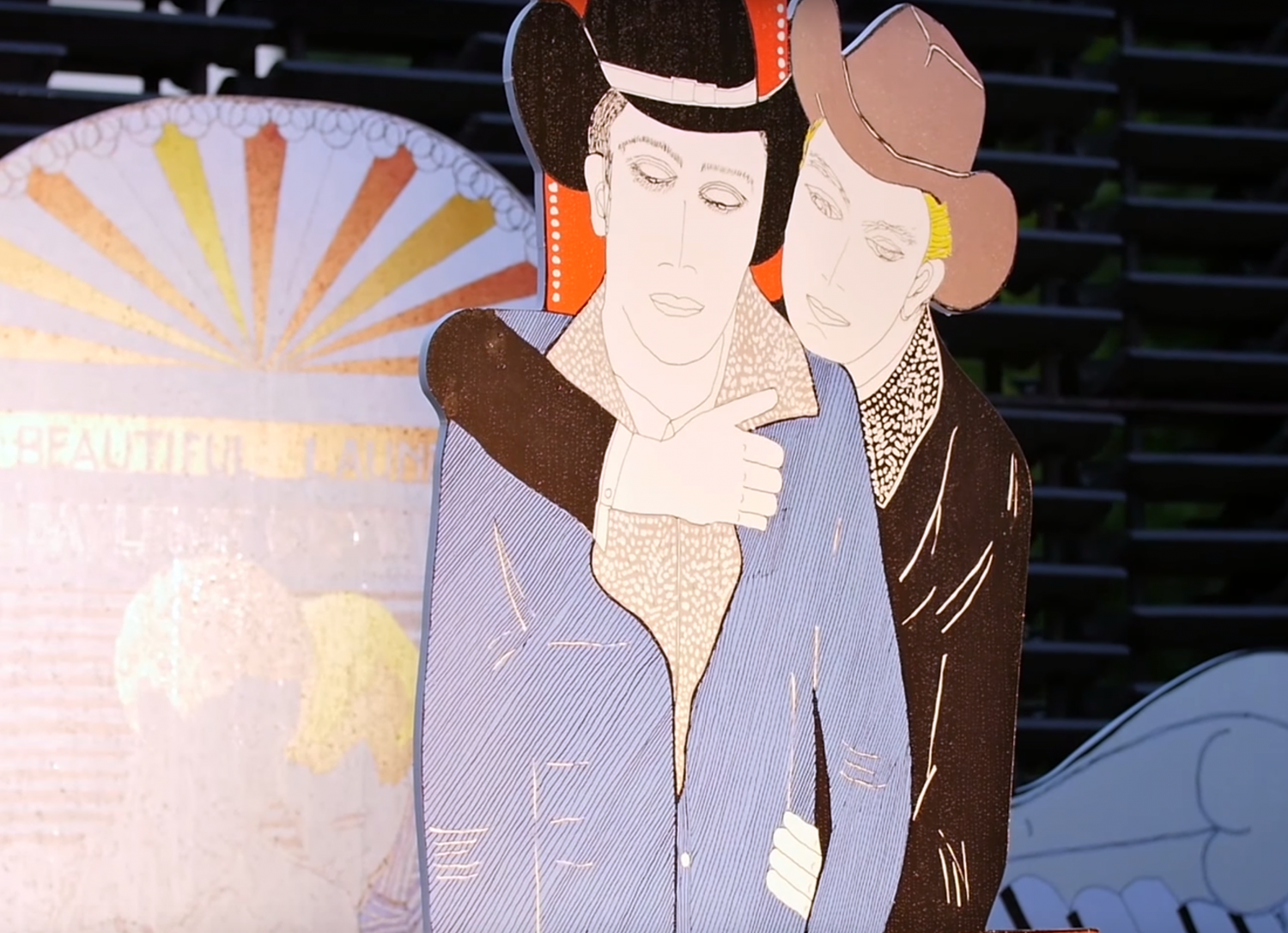 On 13 July 2018 Dorothy Iannone presented Movie People Perpetual Performance, an evening based on her ongoing Movie People project, featuring a series of wooden cut-out characters that Iannone started in the 1960s. Assembling all her Movie People together for the first time, Iannone accompanied them with stories of unconditional loves and lovers who sacrifice their own happiness or even their own lives for the sake of their beloved.

Since the beginning of her career in the 1960’s, Dorothy Iannone has been making vibrant paintings, drawings, prints, films, objects and books, all with a markedly narrative and overtly autobiographical visual feel. Iannone’s oeuvre is like an exhilarating ode to an unbridled sexuality and celebration of ecstatic unity, unconditional love, and a singular attachment to Eros as a philosophical concept. She has had to frequently face censorship problems, in particular in the Friends’ Exhibition organized by Harald Szeemann at the Kunsthalle Bern in 1969. Iannone later recreated the event in her well-known book, The Story Of Bern. Her works narrate the artist’s life in intimate detail, transforming somewhat the feminist discourse of the 1960’s, by emphasizing personal freedom and spiritual transcendence through complete devotion to, and union with, a lover. The New Museum presented Lioness, her first solo show in the United States in 2009. Her mixed media work I Was Thinking Of You was included in the Whitney Biennial in 2006. She has recently had major retrospectives, notably at Camden Arts Centre in London (2013), the Berlinische Galerie in Berlin (2014) and Migros Museum in Zurich (2014). Her installation Follow Me has recently been acquired by the Centre Pompidou, Paris. Iannone also recently received the BZ Kultur Preis in 2016. An exhibition of Iannone’s work is scheduled to take place at the Centre Pompidou in Paris in 2019.

Movie People Perpetual Performance is a collaboration between Serpentine Galleries and FIAC and will be presented at Parades for FIAC in Paris on 20 October 2018.