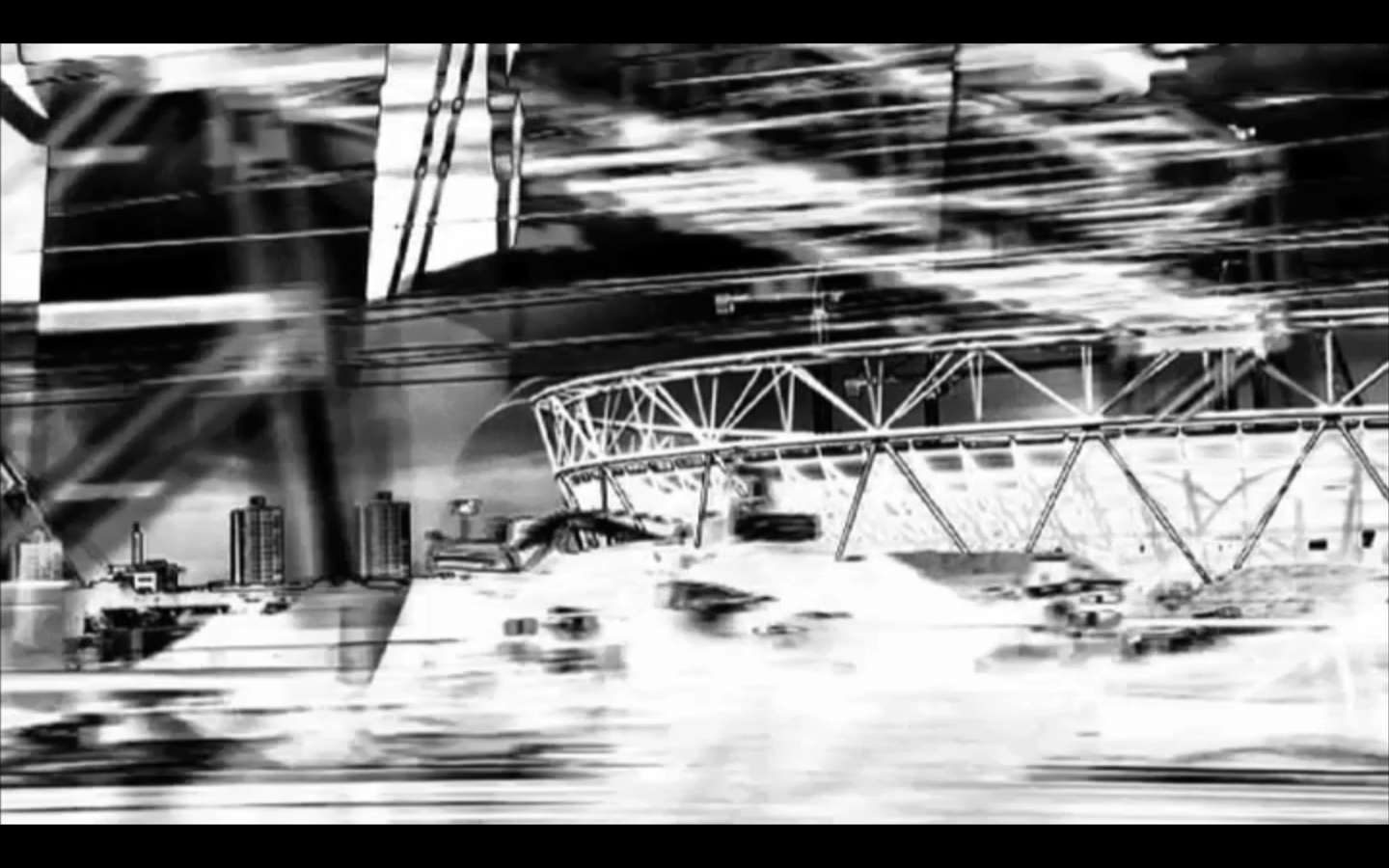 The collaboration took shape when Mercedes voiced that she wanted to work with a filmmaker to capture shapes of the city landscape in order to develop and explore the relationships between architectural form and the musical composition process.

Ana was interested in exploring the area where she’s been a long-term resident, Hackney, in East London. An area undergoing a momentous transition due to it being one of the host boroughs for the 2012 Olympic Games. Ana wanted to make a film that was an immersive experience, capturing little slices of this transition. In Collage for Two the visual elements are a non-narrative exploration of place, space, and machine.

For Mercedes, the musical elements of the composition have been inspired on the movement of cranes as well as the shapes and textures that these are part of, in order to capture and en-trance the audience.

The structure of production started with rough edits of the visuals as the skeleton, and the music being constructed around it. There have been at least three main versions of the film, with this final version growing organically in the process. This is a no-budget production made over the course of two months.